While many users may prefer the iPhones because of its functions and modest design some Android loyal fans still get stuck up to their Android device, the reason is obvious though considering what the Android device is capable of doing these days one can be convinced to get an Android device.

Let’s head straight to some funny things the Android device can do that makes it beat the iOS device. 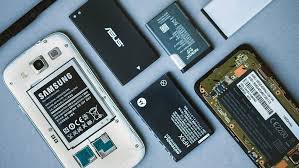 You can install and also uninstall your Android smartphone’s battery but this might be somewhat risky with your iOS device as you don’t want to cause any damage to your device.

You can easily connect your Android smartphone to your laptop PC and voila! you can start exchanging files between the two devices but this is not so with the iOS device, in some cases you need to download some software on your PC before you can use iOS device with it.

Oluwasegun Edun
A Free Living individual that goes Wild Weird and Wonderful with the World Wide Web, Cracking the nuts without a nut cracker, I write stuffs with passion, A Computer Engineer, A Web developer and a Windows enthusiast.
3 Comments
Leave a response

Check Out the Aviator Quad-Copter
Next

Globacom To Be Punished By NCC over Interconnect Traffic Breach
4