Details From The Launch Of Iphone 8, 8 Plus and Iphone X

How To Withdraw Cash From ATM Without Card Using Pay Code

Iflix lunch in Nigeria and all you need to know

Details From The Launch Of Iphone 8, 8 Plus and Iphone X

by Ayodeji BankoleSeptember 14, 2017
Now Reading
Details From The Launch Of Iphone 8, 8 Plus and Iphone X
Next Prev
Contents
3 3
0 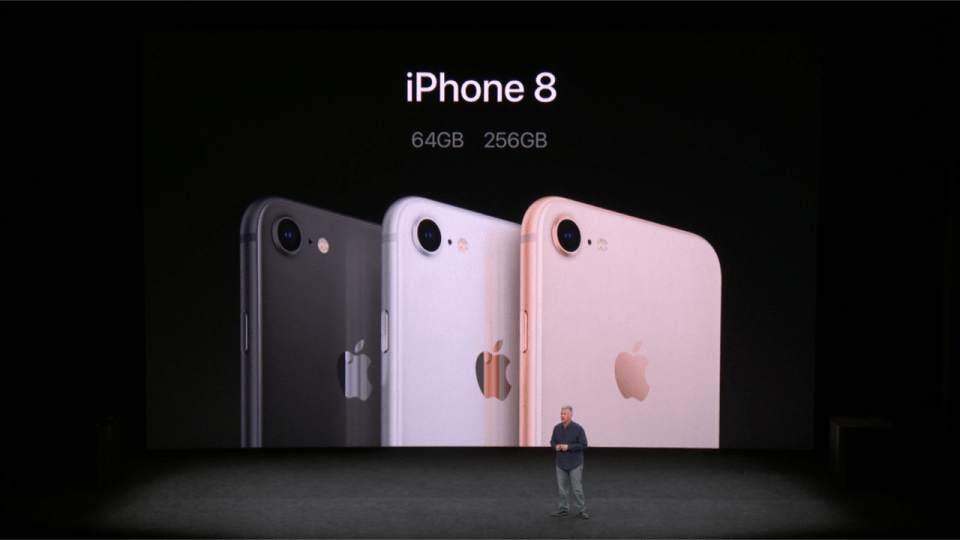 APPLE has launched three new iPhones a decade after the release of the very first version of the iconic handset. The iPhone 8 and 8 Plus is HERE. Regarding design, you have an all glass phone which Apple is claiming to be the most durable ever in a smartphone.

IPhone 8 and iPhone 8 Plus will be available in space gray, silver and an all-new gold finish in increased 64GB and 256GB capacity models.

The gadgets don’t look drastically different from the iPhone 7 and 7 Plus, but they are missing one pretty important feature of a charging cable.

The iPhone 8 and 8 Plus have snazzy glass designs on the front and back will also feature an “A11 bionic” chip which runs super fast.
Both are made from steel and copper and are waterproof.

The specs and features:

Meet the iPhone X. A premium phone that Apple is touting as the future of the smartphone.

The specs and features:
• You get an edge to edge OLED display, but Apple calls it “super-retina.”
• You get a 5.8-inch device paired with a 2436 x 1125 resolution
• The battery lasts 2 hours longer than the iPhone 7.
• Its chip is called A11 Bionic which is a six-core SoC chip with 2 high-performance cores.
• You get two 12-megapixel sensors, and an improved flash as well improved apertures. Did I mention that the new iPhone X sports dual OIS?
• The front-facing camera has also been updated with a ton of new technology to enable FaceID. Apple calls it TrueDepth.

One of the highlights of the event was the introduction of “Animojis.” Which are simply emojis you can control with your face using the front facing camera on the iPhone X.

Since Apple is ditching the fingerprint sensor for Face ID, Apple is using an A11 chip to run machine learning and AI software that would make the experience flawless. It’s similar to Windows Hello launched by Microsoft in 2015, but Apple is claiming that the FaceID would work with hats, glasses, and makeup. They are also claiming that there’s only a 1 in 1 million chance that FaceID can be defeated by a random person.

Posted In
iPhone
Tags
iPhone
iPhone
About The Author

Ayodeji Bankole
A Graduate of Marketing. very easy going and fun to be around with. Like to swim and listen to a lot of music.
You might also like
iPhoneiPhone
MORE

Details From The Launch Of Iphone 8, 8 Plus and Iphone X
3

Iflix lunch in Nigeria and all you need to know
3

4
Check out the new Tecno L5 Specs, Price and Pictures

ITEL IT1516 PLUS REVIEW, SPECIFICATIONS, PRICE AND WHERE TO BUY